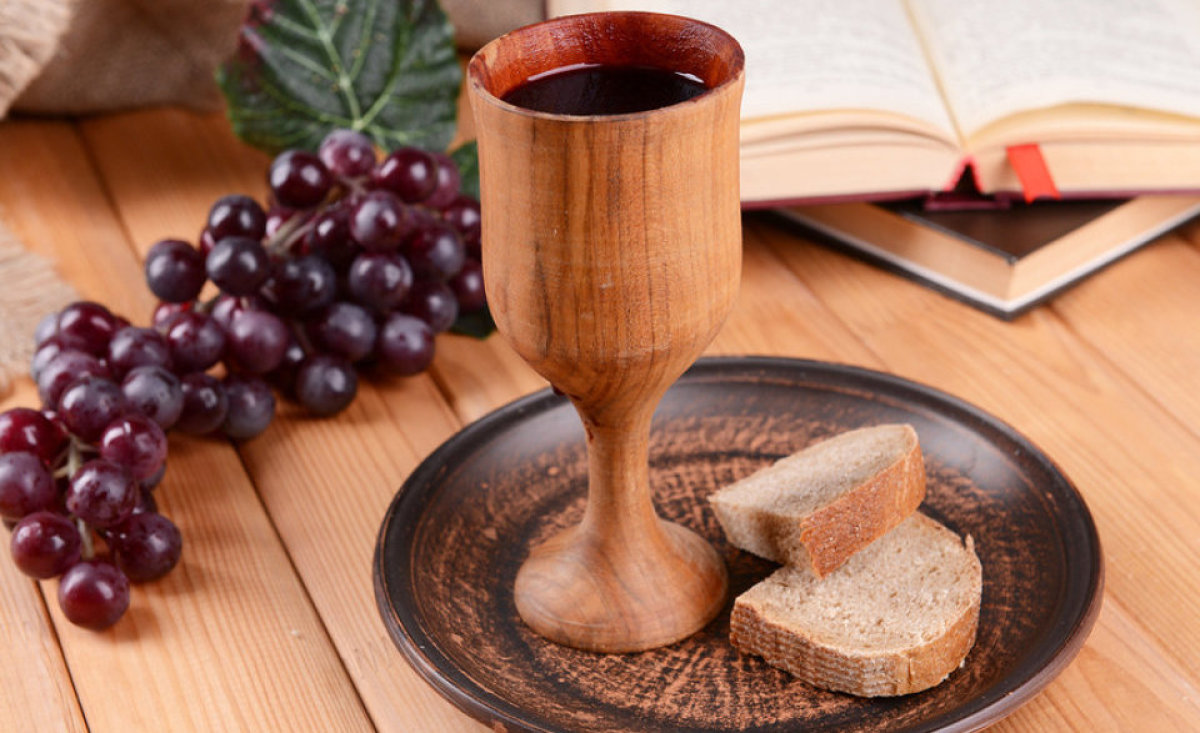 What is "Close Communion? 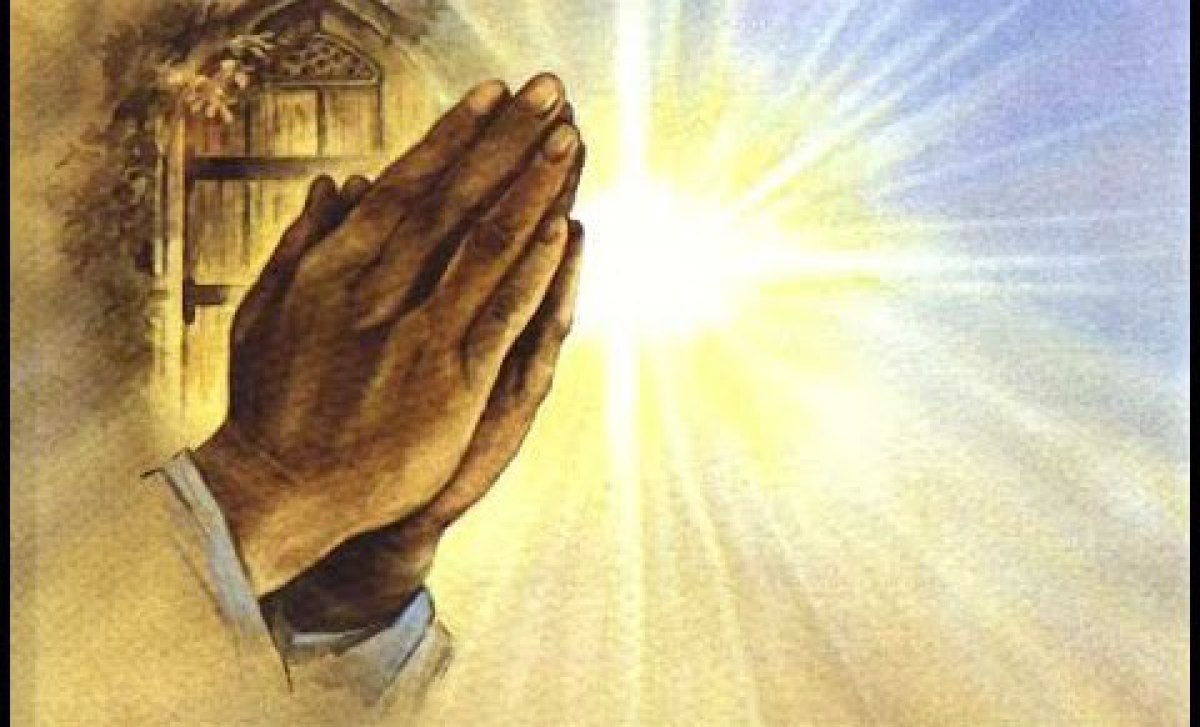 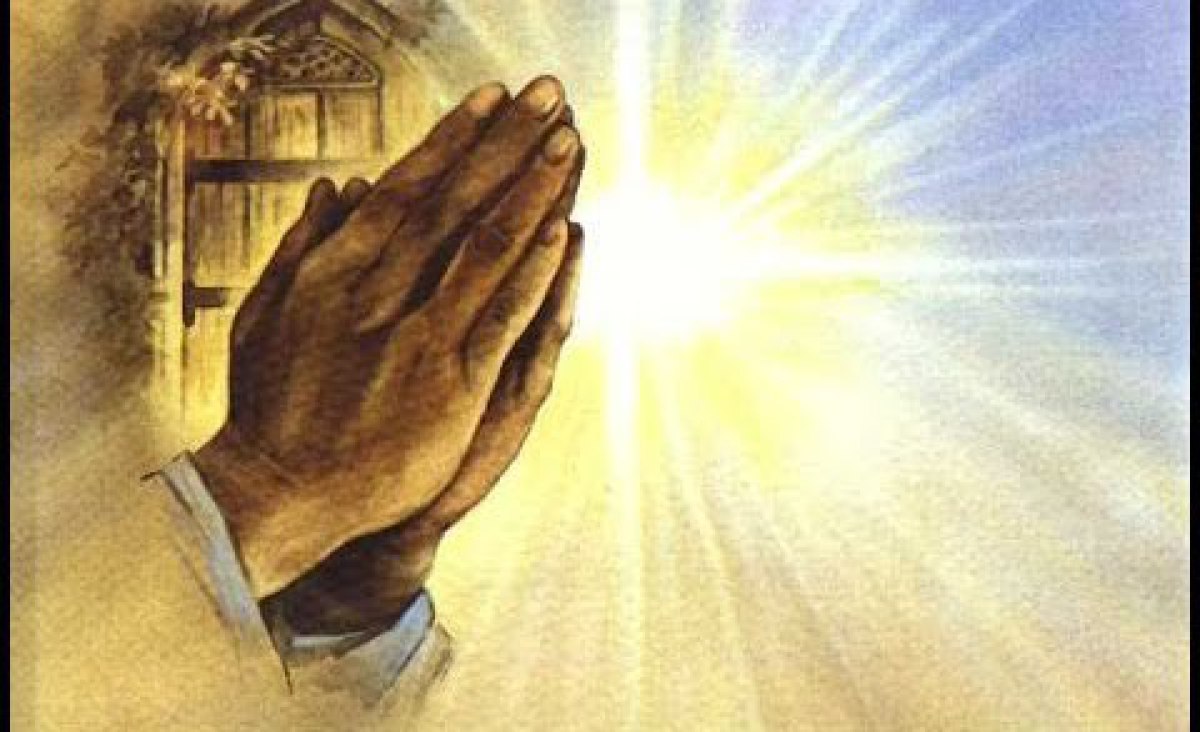 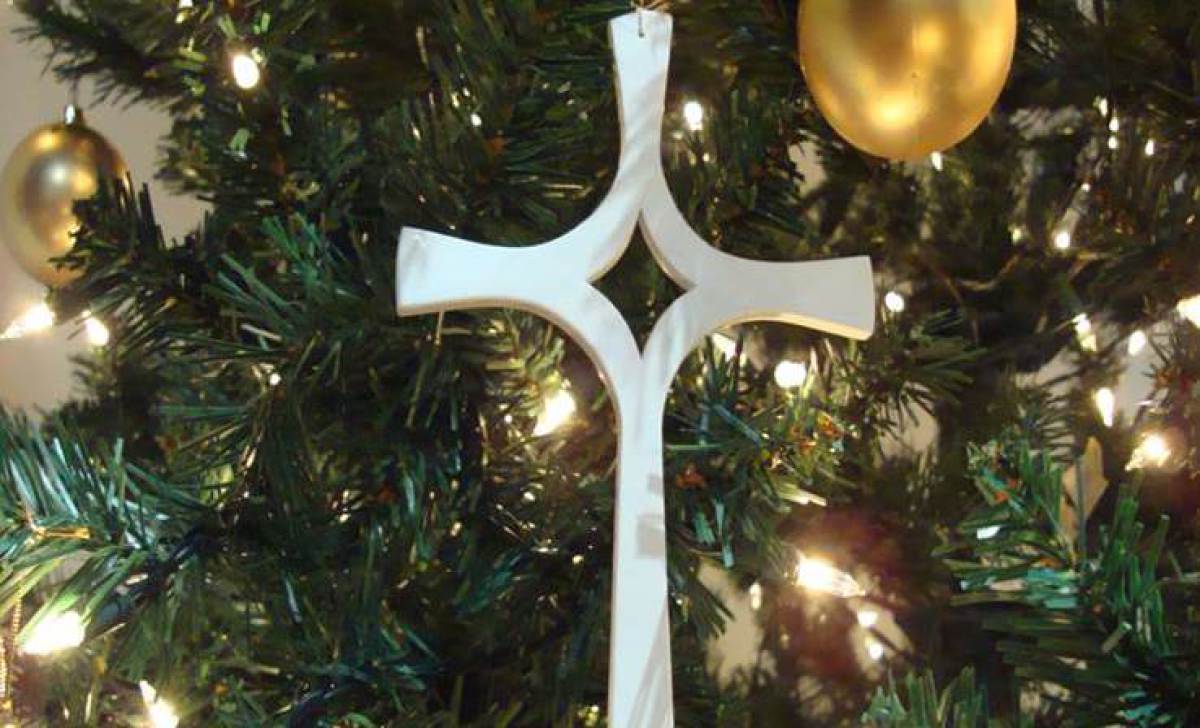 On April 2, 1918, Trinity Lutheran Church was organized.  On that day, 20 Lutheran men met with Pastor M. Waechter, who had organized the preaching station in 1904 and had served them from Shible Township 14 years, accepted and signed the constitution, elected the required officers, and began life as an organized    congregation. The first officers elected were: Elders: Ferdinand Schmidt, Fred Gronholz, and Herman Thielke; Trustees: W. E. Boie, Fred Vitense, and Phillip Schreck. 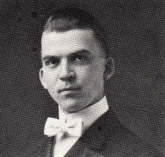 Candidate W. C. Gesch of the St. Louis Seminary was called.  He was installed at Trinity on September 1, 1918, with Rev. Martin Waechter of Madison, preaching the English sermon.  Following are excerpts from Pastor Waechter’s letter to Candidate Gesch.  “This week after Easter our Congregation was organized with 20 members...since then we have gained 8 members…besides this we have 16 widows and young girls coming to church…$400.00 was assigned for the salary for the coming year, plus $150.00 from the Mission Board...As yet, we have no living quarters in Appleton, and therefore our wishes for the Pastor are to remain single for a while...Appleton is a town of about 1,600 inhabitants, has a very good and lively business, two railroads, and even the Flyer stops here...As we have the Pomme De Terre River right in Appleton, we have a lot of fishing and hunting and in winter a lot of skating can be done, so there are wonderful opportunities for a young Pastor in Appleton.  He will have to be careful so that the Old German saying ”Fishing and Bird catching spoils many a young life of a bachelor”, will not come true.” 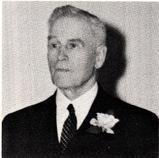 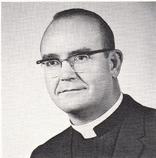 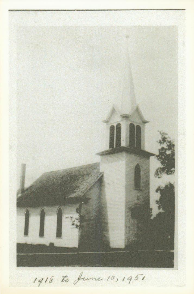 The old Trinity Lutheran Church building from 1918—1951 still stands at the South end of Miles Street.  It doesn’t have the steeple part of the bell tower and the church windows, but the building still can be recognized. 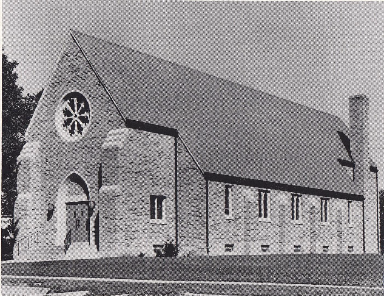 The present building site and what the church looked like from 1953 to 1980 when the new addition was added and dedicated on April 20, 1980. 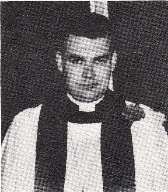 The Rev. Paul A. Priesz of Dunnel, Minnesota, was called and installed to service Trinity on January 15, 1961.

During his pastorate the congregation purchased two houses and lots for future expansion, and the parsonage was remodeled. 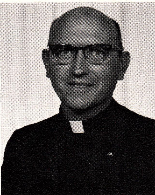 On March 20, 1966, Rev. Lyle Rusert of Crown, Minnesota was the called and installed.  During his pastorate the congregation purchased a new organ, a customized chancel cross, and a sanctuary lamp.  Rev. Rusert left Appleton on December 31, 1972 to accept a call to Canada.  During Rev. Rusert’s time as pastor, the congregation had numbers of 504 communicants and a total of 643 members.

Rev. Dan C. Abrahams, Sauk Rapids, Minnesota, was called, and was later installed on June 17, 1973.  He served Trinity congregation until July 10, 1977, to accept a call to Fergus Falls, Minnesota. 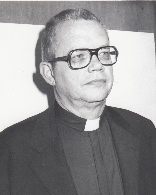 The ground-breaking service for a addition consisting of an expanded narthex, offices, rest rooms and a multi-purpose room was held on April 20th, 1980, and this addition was dedicated to God’s glory on October 19th, 1980.  Pastor Buchholz left Trinity on November 1, 1988

Trinity Lutheran Church as it is today. 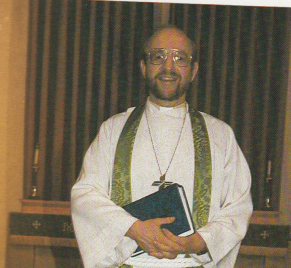 Rev. Robert Flohrs was called and installed March 1, 1989.  Trinity has started Bible study each Sunday mornings before church services, three weekly groups in homes, a men’s weekly class and another at an apartment.  Rev. and Mrs. Flohrs accompanied eight Trinity Youths to the National Youth Gathering in New Orleans in August of 1992.  The constitution was revised in 1989 and women were accepted as voting members.  The basement was remodeled in 1992. 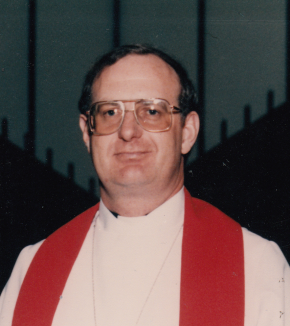 Pastor Flohrs left Trinity to take another call in Florida on July 21, 1993.

Reverend George W. Sagissor III was called and installed July 17, 1994.  During his time as pastor with us, the church was brought into the twentieth century as it purchased its first computer for the church office in 1996.  Beginning in November of 1996 the worship services were videotaped for viewing on the local access channel.  Ground breaking for the new parsonage was on May 23, 1999.  Pastor Sagissor left Trinity to take a call in July of 2003. 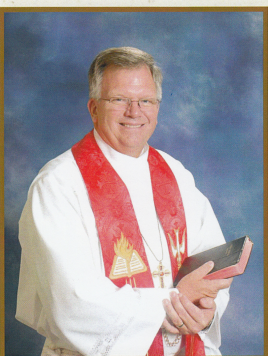 Reverend Tim Renstrom was called and installed in October of 2004.  During his time as pastor of Trinity Lutheran Church, all the spiritual teachings of the previous pastors were upheld.  Pastor Renstrom started an advanced Bible study group that focused deeper, past the elementary level, into each Bible lesson, to have us all seeking more of what the Bible has to tell us.

During his tenure, a new projector and screen was installed that the Worship Service was projected onto the screen for all to see.  There was, and still in Minnesota North’s hands, a change to the constitution submitted.  The whole interior of the church was painted in 2014.  An outside lighted cross was put on the church.  A new geo-thermal heating and cooling system was installed, PRAISE THE LORD did we need that!  New pew hymnals and Bibles were purchased.  VBS started to use Lutheran Island Camp personnel to teach our children.  A new handicap lift was completed in December of 2004.  Yes, there were many new and exciting changes made during Pastor Renstrom’s tenure but one thing, and the most important thing, did not change, the Word of God that came from the pulpit. 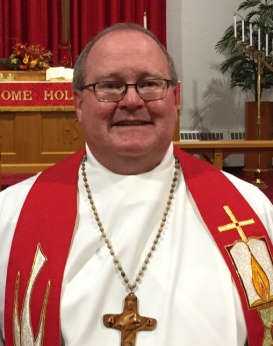 On October 16, 2016, Pastor John Ramsbacher was installed as the resident pastor of Trinity Lutheran Church.

With God's help, Trinity has been starting to get some more new members with young children.  Sunday School has been having an attendance of up to 22 children.  That's up from around 7 a few years ago.

Over the years, Trinity has had a water leakage problem with the belltower and have tried many different methods to try to fix it.  But in March of 2018, we have put a roof on the 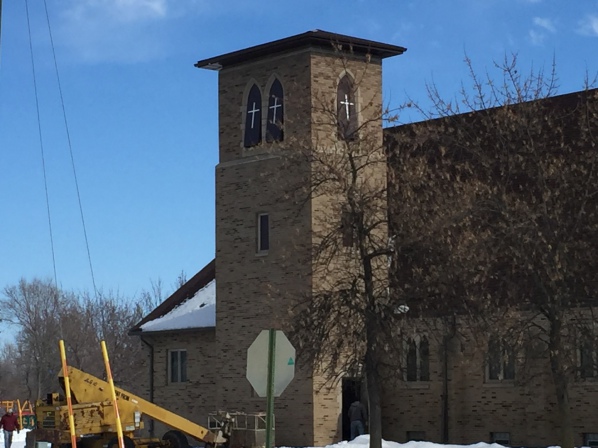 belltower.  Hopefully, this will put an end to our problem, God willing.

2018 was the year of our 100th Anniversary of Trinity Lutheran Church.  Even though the actual date was April 3rd, we decided to have the celebration during the Applefest weekend on September 16th.  Many past members took time out from their busy lives and celebrated the anniversary with us.  At 9 am we had our regular worship service and after a coffee break had a wonderful program with some hymns, picture presentations, and memories from prior pastors: Rev. Tim Renstrom, Rev. George Sagissor III, Rev. Robert Flohrs and Rev. Robert Friedrich.  The program was followed by a fantastic catered meal.  The whole agenda was very well attended and was a total success.  Our many thanks to the Anniversary Committee! 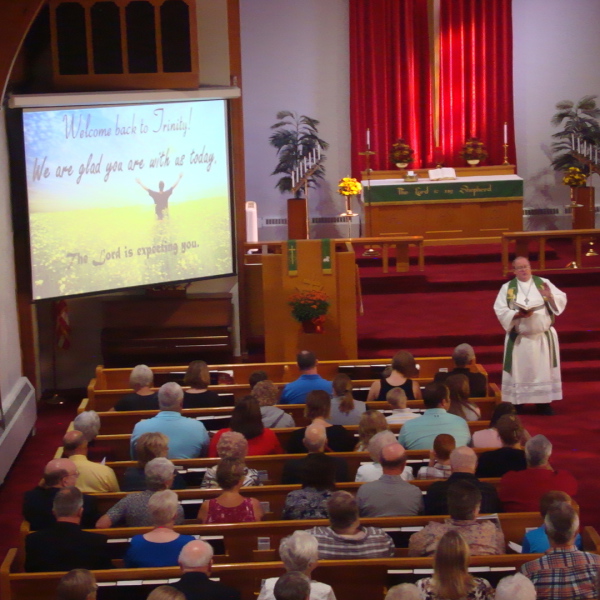 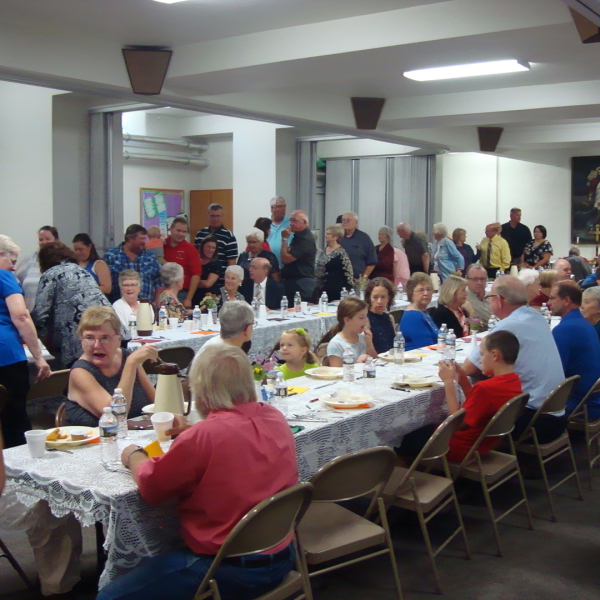 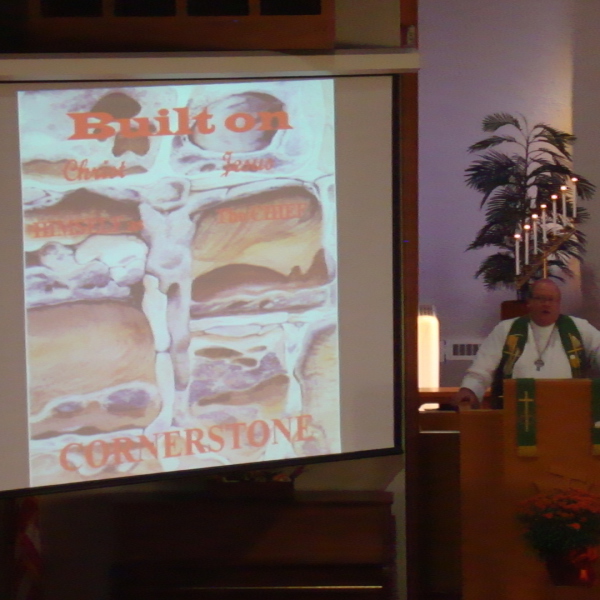 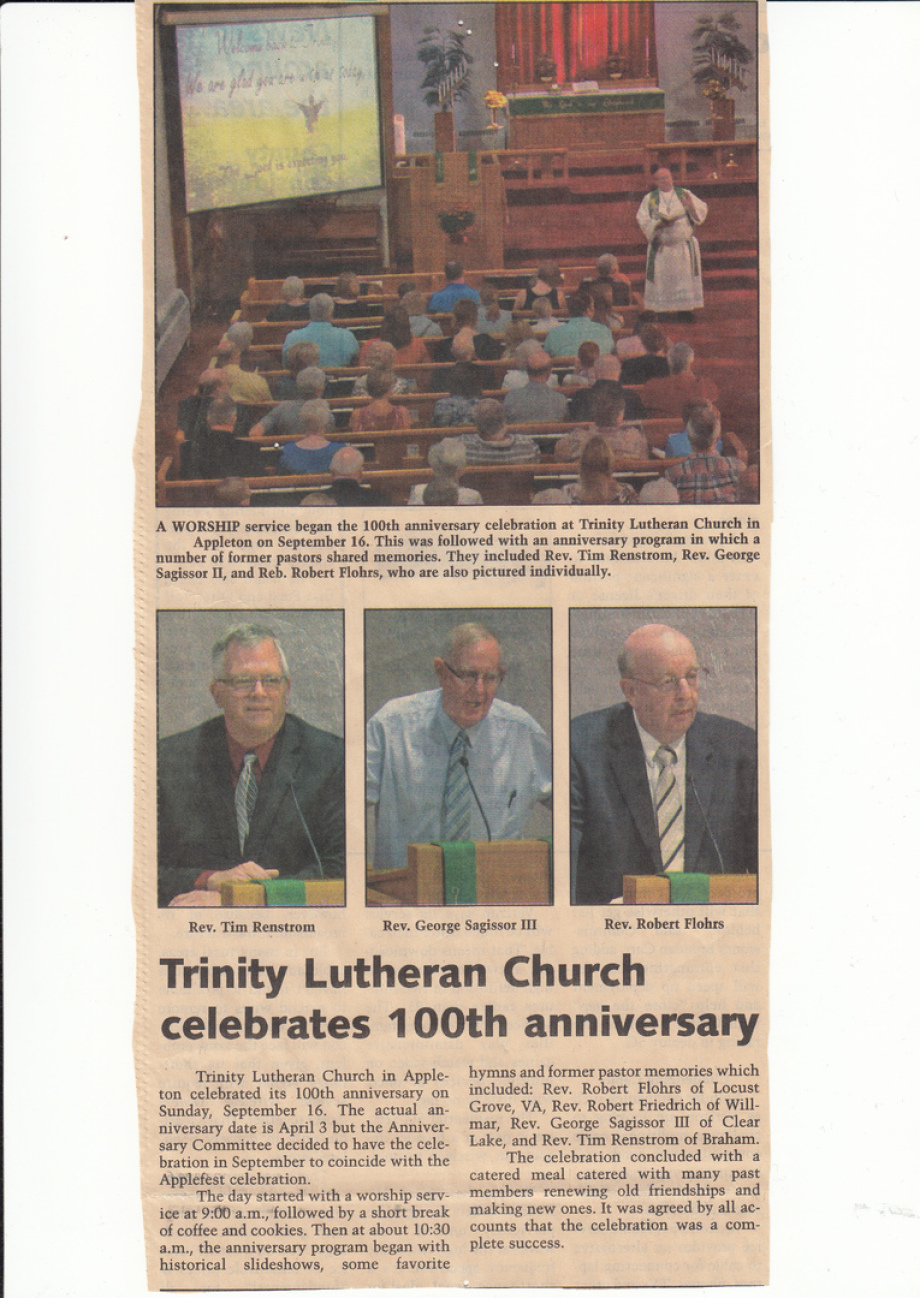 From the Appleton Press 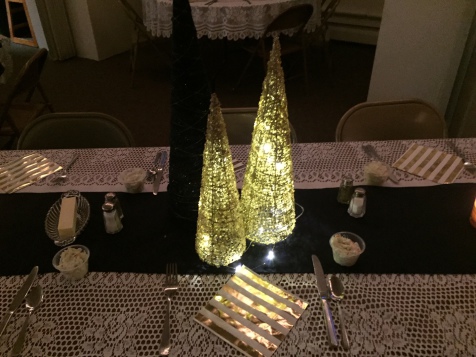 It has been a tradition here at Trinity to host a program and a meal before Christmas to raise money for local projects.  This year was no exception.  The program will consist of local talent from the High School and members of the congregation, band music, readings and skits.  This is followed by a meal put on by members of the congregation that have purchased tickets. 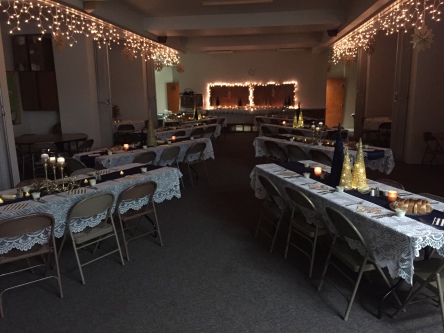 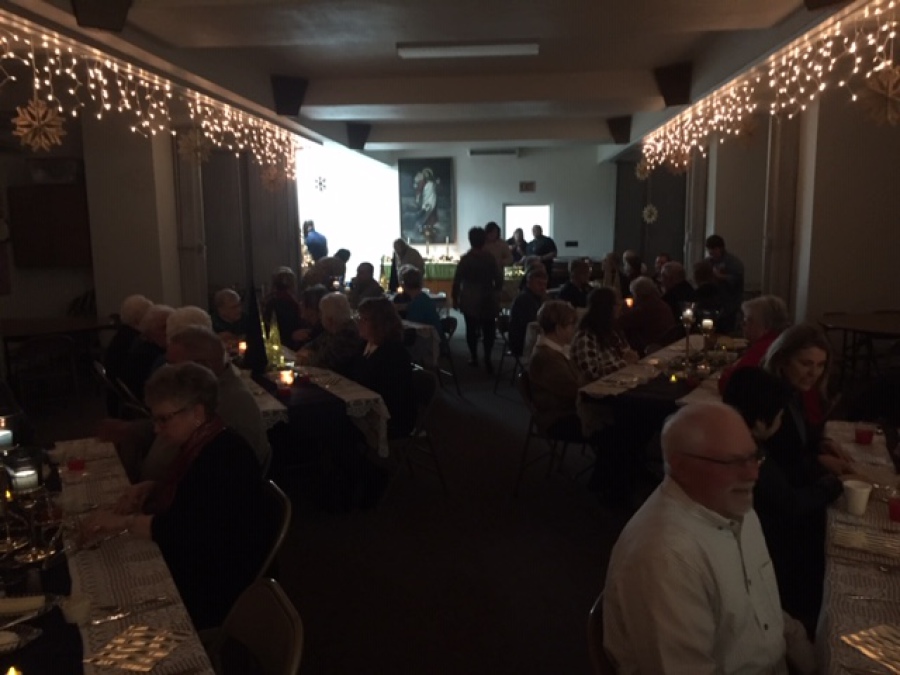 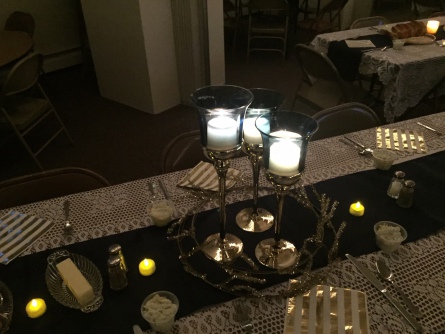 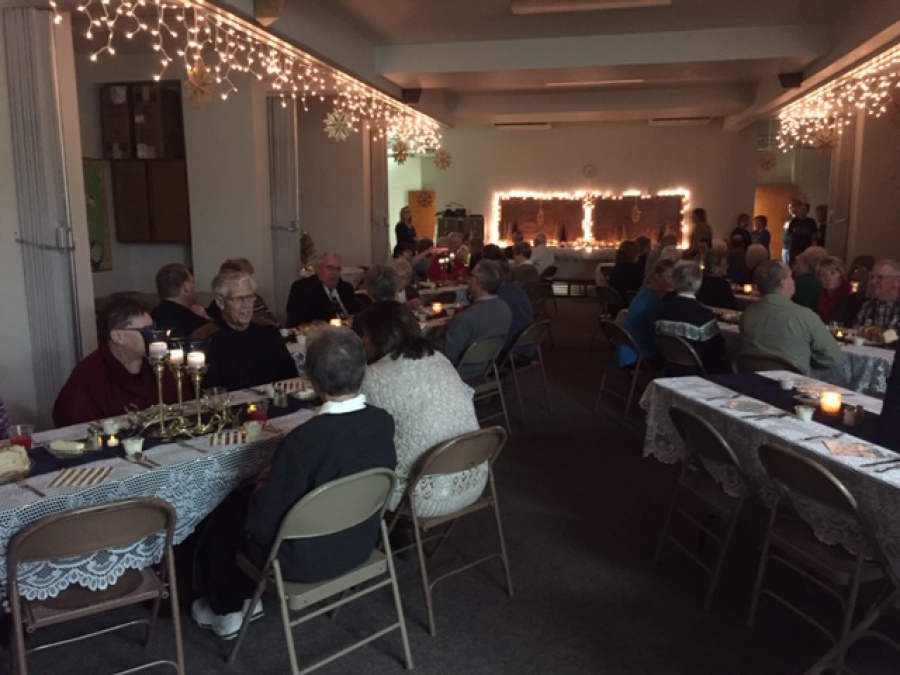 Images from Christmas At Trinity 2019 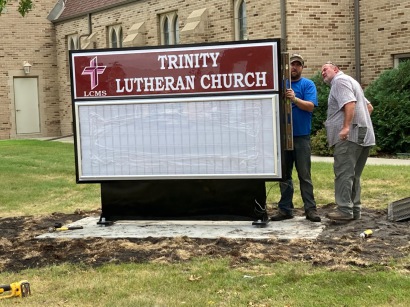 On August 9, 2021, Tosel's Concrete and his gang for installing the new church sign and to Wes Anderson for researching and finding the sign. 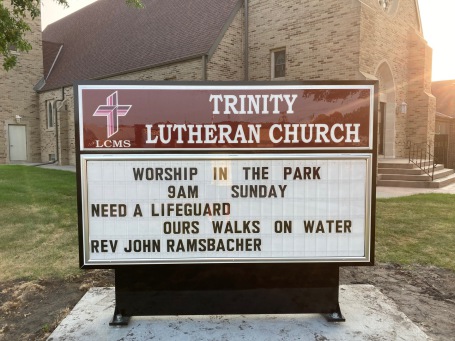 Trinity's first message with the new backlighted sign.  Funding for the sign came from memorials given in memory of Derald and Arlene Rolfsmeier and Donald Schlieman.  Also, the sale of aluminum cans.